Goal: Have a “smart home” system that adjust lights and music based on mood settings for Tiki, Arcade, etc. with a touch/swipe.

I bought a Phillips Hue hub and a couple bulbs to play around with. Expensive, but compatible with probably every smart home hub. Then, instead of shelling out $150 for 15′ of Phillips Hue LED strip, I did some research and ultimately bought a couple of RGBCCT Gledopto controllers and some 15′ LED strips from China for about $45 per set, and they feed off Hue’s hub. Oh, and they didn’t come with a power supply so that’s an extra $12/each. Still, $57 vs. $150 is quite the deal.

Then Jason gets involved and goes on this Yeelight kick. They’re a good competitor for Phillips Hue — same capabilities at half the cost. Drawbacks are that you have to order them from overseas and the lack of compatibility with many home hubs…  Whatever, we’ll figure it out. 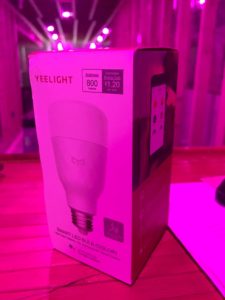 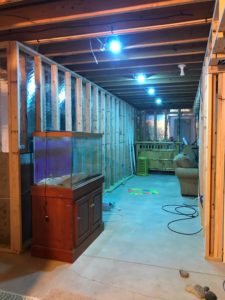 (FYI This image is pano, don’t let it wig you out.)

P.S. Yeelights have the ability to mimic blacklight. Guess we gotta get one of those glowy arcade rugs! 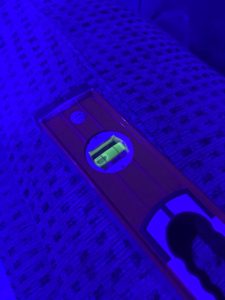